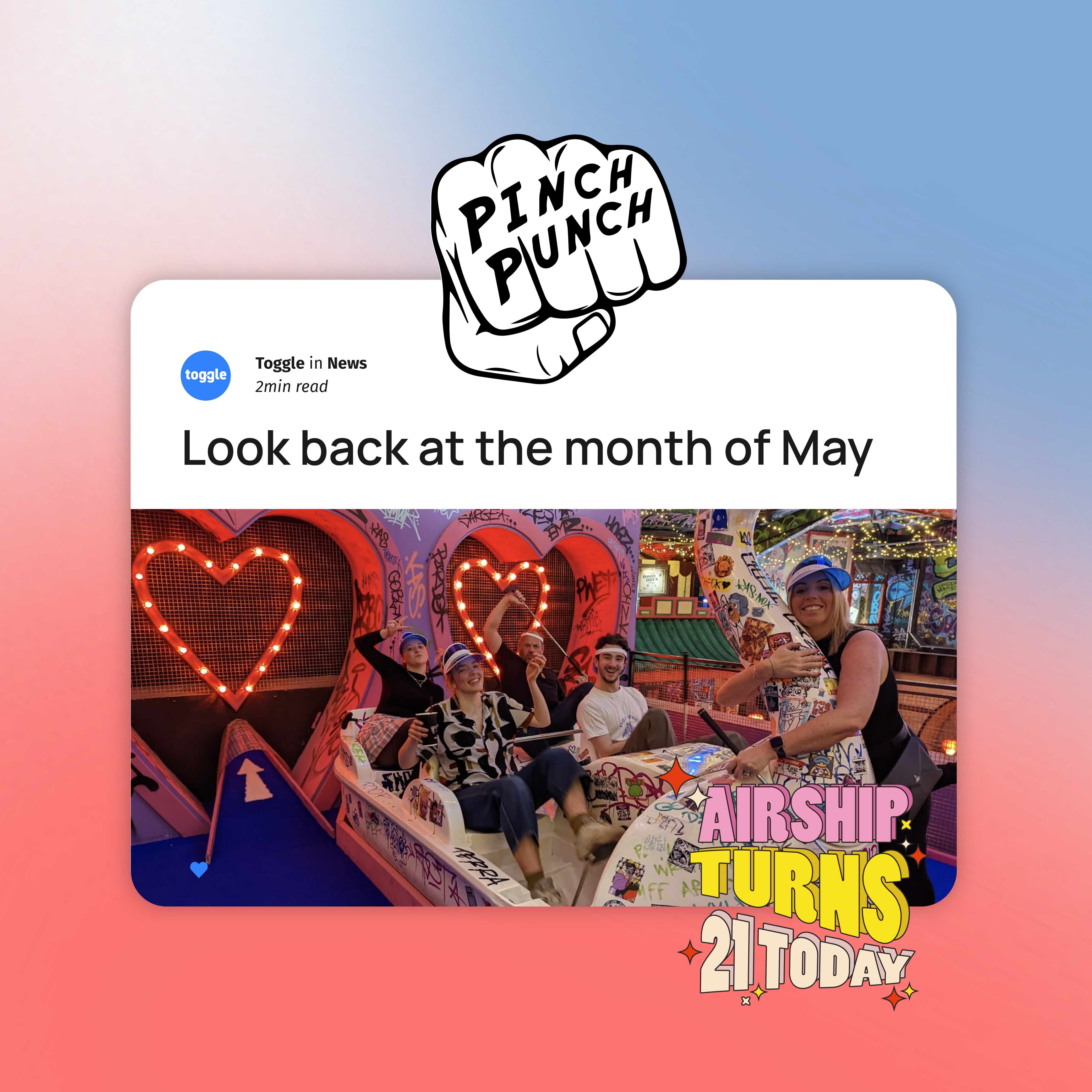 In May, we had possibly our busiest month EVER. In spite of the relentless bank holidays, and seemingly every single member of our team taking at least one holiday (😱). It was all pretty a-may-zing (get it?). Here are a few highlights:

📍 We had one new superstar joining the team, in Alex Booth (who has quite literally hit the ground sprinting), and we had offers accepted for two more additions, in Customer Success & our Dev team. We also have three job opportunities live across our Sales & Partnership teams - crazy to think how much we’ve grown in less than two years.🙌

📍 2.3 million guest interactions recorded on Airship and another £1 million month for our Togglers’ sales revenue. 🥳

📍 We celebrated our 21st Birthday! It’s been 21 years since Dan and Rob started Airship (formerly known as PowerText) - Happy birthday to us!🎂

📍 17 platform releases across Airship and Toggle, not least including our new integration with HLS on Airship and our new WooCommerce plugin for Toggle!

📍 LOTS OF EVENTS. Kammedia’s pub quiz ( however, where we were robbed by Kate NichollsUKHospitality team… but at least we know where the Angel of the North is), MA Leaders in Manchester, which was a great day out. Cheers! Hospitality in London, organised by our friends at S4labour, followed by *some* of us making it to the Mission Mars charity Bongo Bingo event! 🫠

📍 We hosted a new flight plan with 2Forks - our most attended so far with over 30 passengers. It discussed how to set up simple & powerful, automated journeys within Airship.

May has been a great start to summer! We’ve got a busy month ahead in June, so keep an eye out for all that is to come 😎#Airship#Toggle#HospitalityMarketing#HospitalityCRM#HospitalityCommerce#hospitalitytechnology#hospitalityindustry