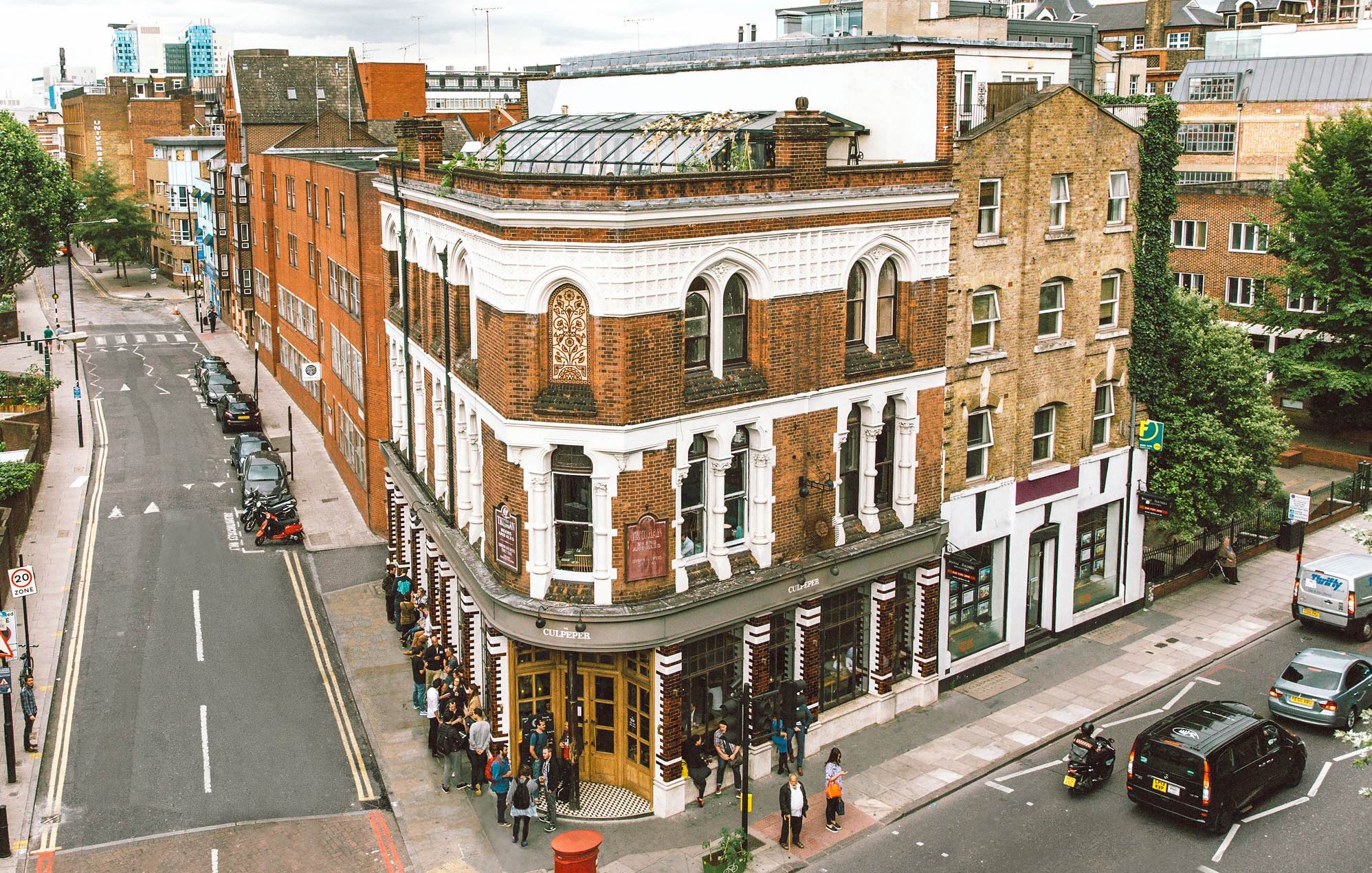 Lockdown produced many stories of amazing togetherness, kindness and generosity. We have been lucky enough to witness some of these stories first hand as Togglers used the platform to run amazing initiatives - just like Crust Bros’ campaign to feed the NHS, Yummy pubs drive to feed vulnerable people, and Devonshire Arms giving people the chance to buy a night’s stay for NHS workers - the list goes on.

For The Culpeper, a really rather wonderful London pub, their story was focussed even closer to home. We had the chance to have a chat with Ops Director Sandy Jarvis to take us through it.

What was your initial reaction to lockdown?

Writer’s note. Of all the people who run hospitality businesses I’ve spoken to through this, I’ve not heard such a visceral, eloquent description of the weeks leading up to and of the lockdown as Sandy recounted to me. So, thank you Sandy for giving me such an insight. And I apologise that I can’t put it all in here, but I’ll sum it up very briefly.

'People normally look up to you to tell them what is going on...but we had no idea either.'

‘It was really scary. In the lead up, the pubs were decreasing rapidly. It was a difficult situation. We decided to close the pubs on the evening of the announcement from Boris. We told people they could finish their pints and then to make their way home. [Closing the pubs] was both a business and a safety decision for our teams - it was scary and incredibly upsetting. As a boss, people normally look up to you to tell them what is going on...but we had no idea either.’

The Culpeper quickly came to our attention at Toggle amongst the recent sign ups because of what they were doing with the gift cards funds. We asked Sandy to explain the scheme, and how they came about it. ‘It was our top priority to make sure that none of our employees were left homeless or unable to pay their bills because of this. We didn’t know then how we were going to do it, but we knew we had to. First, we turned the taps off, cut costs. We knew we needed a pot of money as big as we can make it for an employee emergency care fund. We’d seen other people selling vouchers to help cashflow, but we took that and decided that all funds from our vouchers would go straight into that pot to help our employees directly.'

‘It makes it feel more real. You’re not just buying a voucher for a company, you meet the person that was able to pay their rent because of your generosity.’

Sandy explained, however, that it went further than just a pot of money. ‘We have a concept called Enhanced Hospitality. Always finding ways of better connecting the team and the customers. With this mindset, we decided to keep track of who bought what, and when we reopen, to actually introduce the people who bought a card with someone who was helped by the emergency care fund. It makes it feel more real. You’re not just buying a voucher for a company, you meet the person that was able to pay their rent because of your generosity.’

Finally, a few words on Toggle?

‘Brilliant. I genuinely mean that. The Toggle guys were amazing, incredibly supportive financially [Toggle decided to open up the platform for free to all businesses during lockdown to help generate extra income] and in set up. It was clear they wanted to do whatever they could, as quickly as possible

'About 15 minutes later he sent me an email back with the link in and he’d completely changed it. Looks much better though!'

The platform itself - the way it looked, and the way we could make it look, was fantastic. I was customising the webshop, and sent a link to my business partner telling him I think it’s nearly there. About 15 minutes later he sent me an email back with the link in and he’d completely changed it. Looks much better though! Then, we were live and selling vouchers.’

We'd like to thank Sandy again for the time he took to speak to us at Toggle, and congratulate the whole team there on a great initiative.

Go and admire their pubs at the group's website.