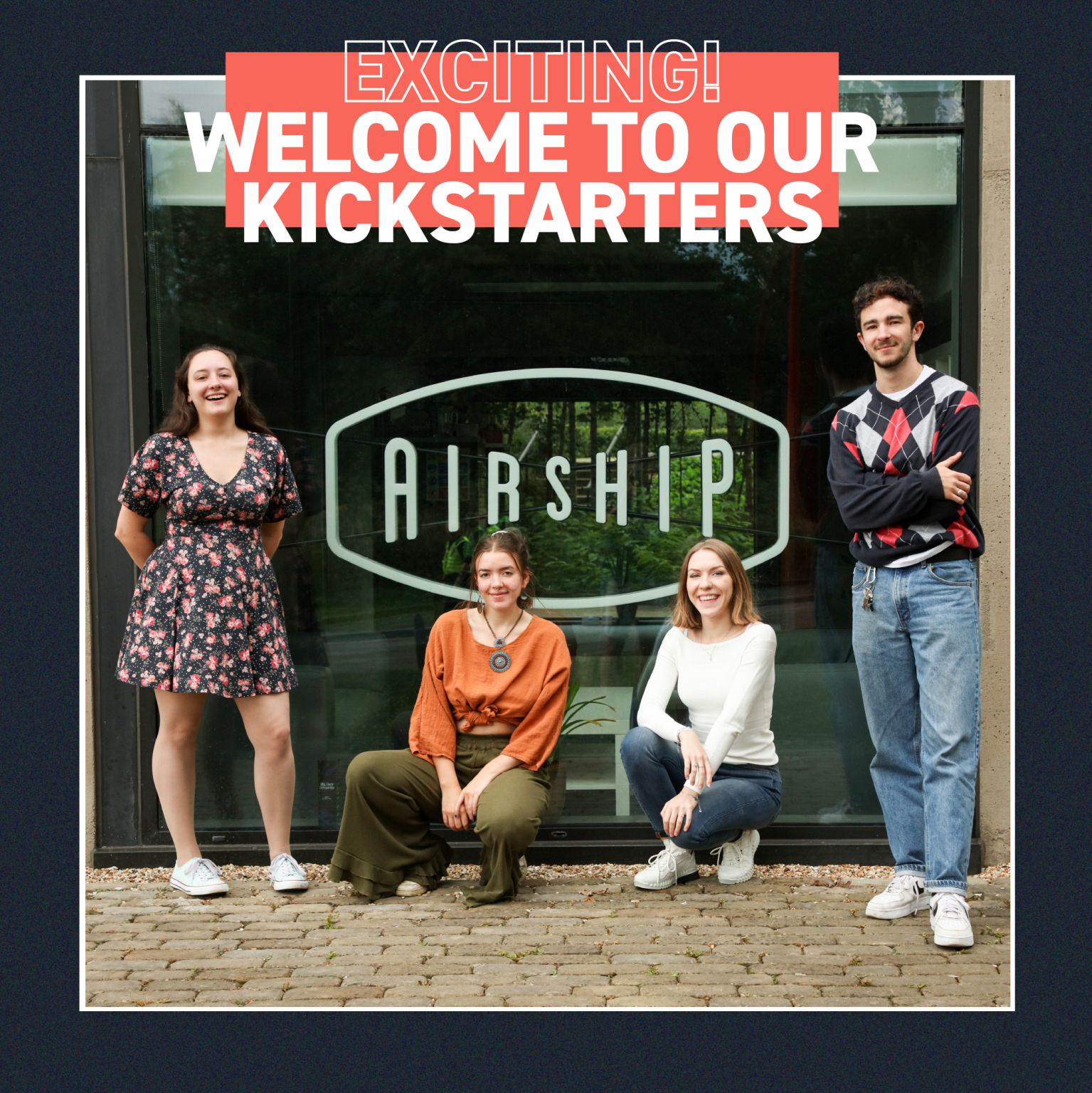 In the last 5 months, Airship has recruited five new starters through the Government’s ‘Kickstarter’ programme. Designed to get 16-24 year olds on universal credit into work. As soon as it was announced, we thought the programme was a fantastic opportunity to get some great talent into the business so that’s exactly what we’ve done!

We began by recruiting two marketeers. Firstly Ben Travis, our Social Media Manager, who has been running all things social since March. Accompanying Ben, came our Graphic Design specialist, Dominika Matuszkiewicz, who has additionally given our website a total makeover (have a look). Most recently, we have additionally hired Lewis McKay, our brilliant new Support Engineer, and Emma Allsop, AIrship’s CRM Administrator! Our fifth hire, Monique Grimwade, is onboarding with our Customer Success team, who are dedicated to supporting our customers!

Ben Travis, our Social Media Manager and first Kickstart hire said: ‘trying to find a job after graduating in a pandemic was a nightmare. The scheme, from a recuitee’s position, offered a foot in the door. Fortunately for me, that door was the entrance to Airship and Toggle, a company that has given me the most positive connotations of worklife possible!’

Airship & Toggle CEO, Dan Brookman has said: 'Kickstart is an excellent opportunity for employers to create roles that can help build a business, we created some roles literally around the candidates filling knowledge and expertise gaps in our own team with the aim of 100% retained employment at the end of the 6 months. Two of our roles have already gone full time and we’ve another role to fill in sales over the coming months. The DWP in Sheffield and Sheffield Hallam University have been very supportive in helping us recruit.'